Life Expert Profi is a bioresonance  vega testing machine, which uses an artificial Intelligence software to examine the body. It is equipped with a module for medical doctors, but it can also be used by users without medical education.

Life Expert Profi is a hardware-software complex for vega testing. The device is equipped with a scanner and high-tech software. It is used by medical doctors, engaged in preventive and alternative medicine. It allows to carry out Reinhold Voll diagnostics and Vega tests in accordance with the principles of acupuncture, as well as segmental diagnosis (express testing).

Life Expert Profi bioresonance machine performs Vega testing, has a compact size and is intended for use in health centers. It can also be used at home for express testing and selection of medication.

The device helps to quickly investigate the functional condition of 47 organs and detect allergies, diseases or infections with parasites or microorganisms at early stages. The diagnostic system allows to compare therapy results in their dynamics. The combined use of Life Expert Profi vega machine and WebWellness programs allows to create individual therapeutic courses, which will have a positive effect on body recovery and alleviate a number of chronic diseases.

A guide for medical specialists and a library of archived research files are attached to help medical doctors. The device is easy to operate. Some functions are available for common users: express testing, body mass index calculation, selection of medicines and foods. Life Expert Profi has all the functions of the Life Expert bioresonance scanning device with a more advanced functionality.

What features does Life Expert Profi have?

Life Expert Profi vega testing machine conducts an in-depth examination of your body. It allows to quickly detect diseases at an early stage and take an immediate corrective action. The device has numerous diagnostic capabilities:

How does Life Expert Pro work?

Three pairs of electrodes are used for vega testing. They are attached to the patient’s legs, arms, as well as the head. Initial measurement of conductivity is done in biologically active points. Life Expert Profi Vegeto-Resonance Test identifies the functioning of 47 organs and 9 body systems.

Research is carried out revealing the state of regulation of functions of vegetative nervous system organs. An express test is conducted, which shows the level of conductivity of segments and reveals dysfunctions in specific systems. A medicine and food tolerance test can also be carried out.

Vega testing readings are uploaded to the WebWellnes computer program. Artificial Intelligence then compares them to a million of parameters and generates a detailed report displayed in the WebWellnes application.

The program presents the report as a diagram of the condition of 47 organs and systems, reporting the suspected presence of parasites. Analysis of spine, chakra and aurogram disturbances is carried out. A report is provided on medication allergy tests, evaluation of other parameters.

Based on the report provided by neural networks, your personal health complex is automatically created for the Life Balance bioresonance therapy machine.

First, the algorithm detects all deviations from the norm. This is compared to the results of previous tests. Then programs are generated aimed at detoxification of your body, elimination of helminthes, protozoa, fungi, bacteria and viruses. Harmonization healing programs are compiled for dysfunctional organs. The ready healing complex is uploaded into the Life Balance device. 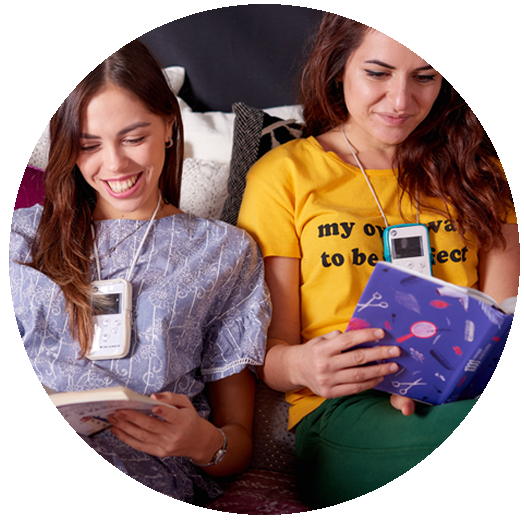 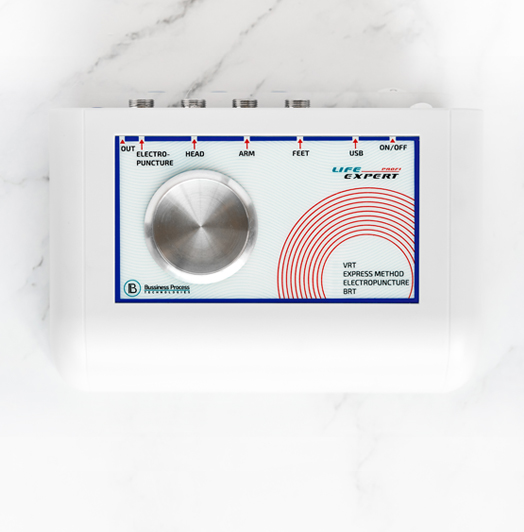 Life Expert Profi is a vega test  for testing the functions of organs and body systems based on the principles of bioresonance, which has an additional module for medical doctors. The device has more features compared to Life Expert device. Its functions can be used by individuals without a special education.

Life Expert bioresonance scanning device is a high-tech device designed for testing and evaluating biological systems at home. The device has a set of six electrodes that are placed on each limb and the head. The device is designed for use by people without any medical background. It tests the function of 47 major organs and selects the necessary medications and supplements. In our store you can purchase a Life Expert bioresonance scanner at the manufacturer’s price.

Does Life Expert Profi work only with Life Balance?

WebWellness is a complete system of vega testing and bioresonance therapy. That is why we recommend using Life Expert Profi device together with Life Balance bioresonance therapy devices for the best effect. Based on these tests, Life Expert Profi automatically develops an individual health-improving complex for the subsequent therapy with Life Balance device.

However, Life Expert Profi is an independent device responsible for identifying all kinds of pathologies in the body based on bioresonance. It can be used separately to detect malfunctions of organs and systems. This information allows to create personal diets, as well as to choose suitable medicines and cosmetics for the patient. Life Expert Profi vega testing machine device examines multiple parameters of your body necessary in the work of a medical practitioner.

How to use Life Expert Profi device correctly

For more information, see the instructions you have received after purchasing the device. You can also find instructions for each unit on our website. Our company gives a training course on how to use the devices to each customer as a nice bonus. We will also provide personalized advice and support to you in our closed WebWellness customer community.

Instructions for the devices

Life Expert Profi vega testing machine has a wider range of possibilities for testing your body’s parameters as compared to the Life Expert device. It can be used by naturopaths, doctors of alternative and preventive medicine, as well as non-professionals who want to take advantage of the program’s broader functionality.

Life Expert Profi vega test allows an extended analysis of vitamin and amino acid malabsorption in your body. It reveals toxic loads on your system. It allows to determine the person’s biological age with an indication of the probable aging factors.

Do I have to pay a fee to use the Life Expert Profi vega testing machine?

Every package includes a certain amount for WebWellness balance – from 50 euros up to 250 euros depending on the package you buy. It is all described in our store.

Money is not automatically debited from your bank card. You need to purchase a top-up voucher. Once you finish the balance, you can top it up in our store or directly in the software using one of these deals:

If you decide to use the device in Life Expert mode (which is also possible) the price is 0.5 cents per each test or created auto complex.

What happens if I don't have balance in the software?

If there are no funds on the balance, and your monthly subscription has ended, you simply cannot do new tests and use the program until you replenish the balance. All your data will be securely stored until then.

Can I make diagnoses or medical conclusions on the basis of Life Expert's diagnostic reports?

You should not make any diagnoses or medical conclusions based on the results of Life Expert patient testing. It is not designed to make diagnoses in the medical sense. It helps to detect a malfunction of an organ or system, which needs to be confirmed by classical examination methods. Be sure to consult your medical doctor to get a diagnosis and treatment of acute or life-threatening diseases.

If you are an ordinary user, you can choose Life Expert. If you have a medical background, plan to test patients or want to have the possibility of more in-depth testing, you’d better buy Life Expert Profi vega testing machine . An ordinary user can easily manage to use express testing and needs a serious training in order to be able to use electroacupuncture (Vega test and Voll).

What languages do Bioresonance software and devices support?

How does the device measure what we are testing?

The device tests the functional state of 47 organs and systems by measuring the electrical conductivity in biologically active points of your body, associated with each organ.

Testing is performed by means of electrodes attached to the patient’s head and limbs. The device registers impulses, which are processed by a powerful server. Result of the study are then submitted to the user.

Does the WebWellness software only work with an Internet connection?

The software of the bioresonance scanning device only works when your computer is connected to the Internet, because data obtained by scanning must be processed by the central server in order to obtain test results.

In order for the software to work properly, the minimum requirements to your computer are as follows:

Why can the results of a test done at hourly intervals differ?

A blood pressure monitor does not give us enough grounds to make a diagnosis. We can only speculate as to what caused the pressure to rise. There can be many reasons for that. An express test on electro-dermal resistance of biologically active points is similar to 47 blood pressure monitors, each measuring a different organ.

That said, when the conditions change, the picture may change even during one day. Similarly, BRT scanning indicators vary when the conditions of your body’s functioning change. This confirms that the technique works. The readings may fluctuate during the day, and it is absolutely normal.

A person is not feeling well, but the test results are normal, what can be the reason?

Diseases, infections or infestations not always render a significant impact on organs and systems immediately. It may show after some time.

Only a medical doctor is entitled to make a final diagnosis after a number of clinical tests. Express testing only makes assumptions. There are more than 42,000 patient charts in the server’s express-method database. Their diagnoses have been confirmed by clinical tests.

This database is continually updated by the developers. When a user’s parameters are sent for transcription, the server checks the figures against the charts in its database. The system finds those with which the patient’s parameters coincide within a tolerance of 6%. To understand this, here is an example: the chart matched 200 patients in the database.

The system selects those two hundred patients and takes them as 100%. It then finds their diagnoses and displays them to you in a report with percentage evaluation – how many of those 200 patients were diagnosed with a particular disease.

If out of 200 patients in the database whose chart looks like yours, 150 people had Lamblia as the cause of their condition, you will see Lamblia in the report – 75%. If you take 200 people as 100%, then 150 people would be 75%. We get a list of changes that have the highest probability to reflect the specific test result.

The chart changes from time to time. That’s why we recommend to take several measurements (at least three, 1 per day, during 3 days) and pay attention to recurrent deviations from the norm. This will objectively reflect what you should pay attention at. 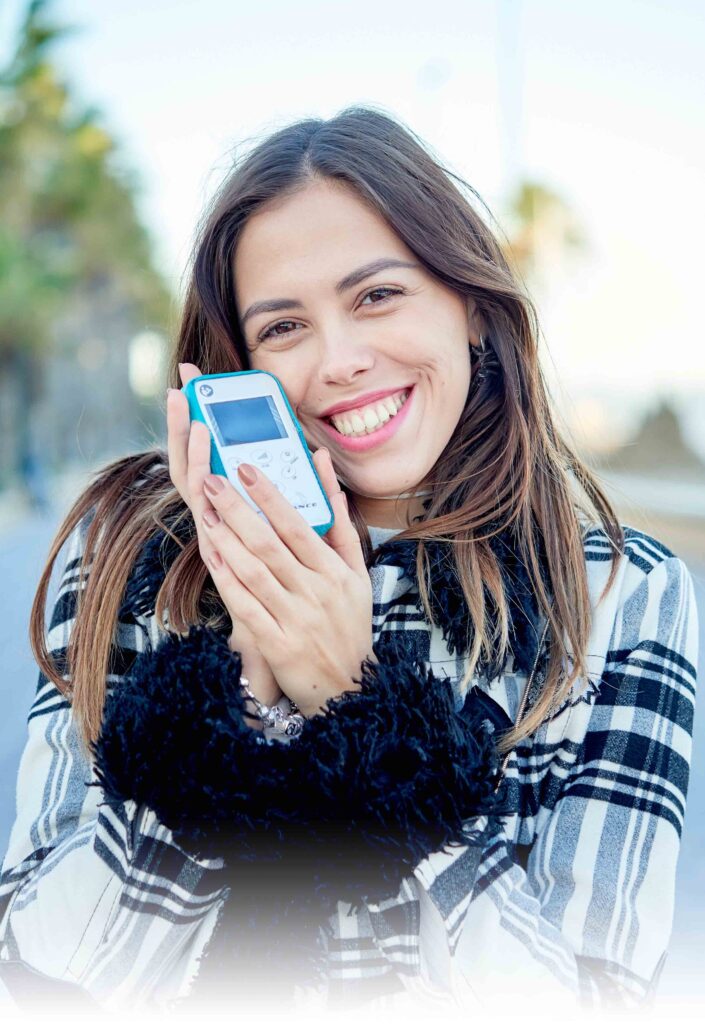 error: Content is protected !!
We use cookies to ensure that we give you the best experience on our website. If you continue to use this site we will assume that you are happy with it.Ok